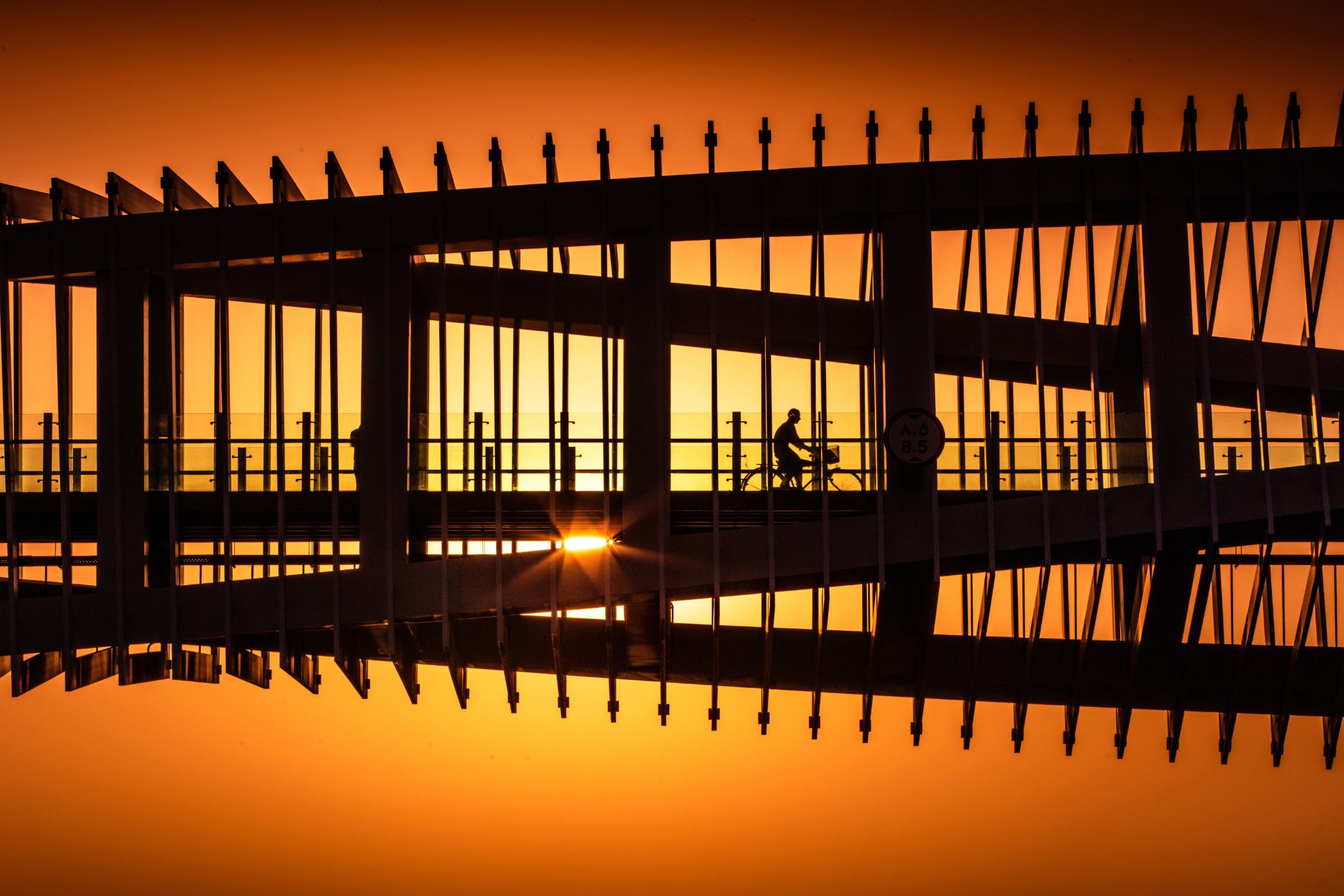 A Walk to Remember

The first time I took a long walk outside in Dubai I knew I was doing something unusual, even special. You could say I was stepping into the future.

When I’m in a city I know or one that I’m visiting for the first time, I like to wander and take in the diversity of its people and eateries, the minute details of the local architecture, and the beauty of public spaces — the characteristics that truly make a place a place. London, New York and Paris have long been perfect to explore on foot.

Dubai, not so much.

As many wonders as Dubai may offer (the world’s tallest building, highest bar, biggest mall, deepest dive pool and largest observation wheel, to name a few), the searing heat that scorches this desert metropolis is tough on pedestrians.

And there wasn’t really anywhere to walk to if you wanted to with themed districts separated by long stretches of roadways.

With its Dubai Water Canal, a nearly $740 million public works project that was completed within three years and formally introduced in 2016, the city significantly transformed its downtown district, where the Burj Khalifa stretches into the sky, making an area that was once dry, dusty and uninviting into a welcoming livable oasis. It’s created a community worth exploring.

The two-mile path, minutes from the Dubai Mall, winds past some of the world’s most luxurious residences, hotels and restaurants, connecting the Business Bay to Jumeirah Beach Park on the Arabian Gulf, passing the unexpected green spaces of Safa Park and its Crystal Lagoon along the way.

Locals and visitors run, walk and cycle past rows of solar-powered streetlights that provide pedestrians with free Wi-Fi and benches to observe Dubai’s ever-changing skyline.

Three bridges, including a twisted pedestrian bridge, cross the networked waterway, some of which provide a show of cascading waterfalls illuminated in iridescent purple or the the colors of the United Arab Emirates flag at night.

The path is perfect for a stroll at sunset or evening when the city’s lights cast shimmering reflections on the water, interrupted by the occasional sightseeing and dinner cruise or water taxi. The active waterway is expected to transport 4 million passengers a year by 2030.

In the coming years, there are plans for a marina, enhanced boardwalk, beachfront and other recreational areas and attractions.

Developers are counting on the continued evolution of the canal to raise the value of the land, which had been so reliant upon the nearby Dubai Mall, Dubai Opera and Burj Khalifa in the past.

You can observe what’s coming from above, where from a high vantage point the Dubai Water Canal looks like a Monopoly board with empty square plots outlining spaces that will eventually be filled with new luxury towers. In fact, there are plans for more than 5,300 residential units and nearly 1,000 hotel rooms in the coming years.

The canal is already being positioned as a waterfront destination offering luxury canal living with stunning views of various Dubai landmarks and a breathtaking view of the Gulf.

In a city that is always reinventing itself, Dubai needed to inject more life into its downtown to attract the kind of residents it’s looking for to fill the high rises that continue to dramatically alter its skyline. Its solution: create a new waterfront. It’s a winning strategy.

But Dubai has long understood the importance that water can have on its livelihood, whether for trade or tourism.

The Dubai Creek is home to a historic souk markets where abra boats ferry passengers and goods throughout the day; three artificial palm-shaped islands, dotted with luxury homes and resorts, stretch out from the coast in spectacular fashion; and the nearby Dubai Harbour Marina is a new upscale waterfront neighborhood designed to be the biggest marina in the region, able to berth up to 700 luxury yachts.

If water is life, Dubai knows its true value better than anyone else.