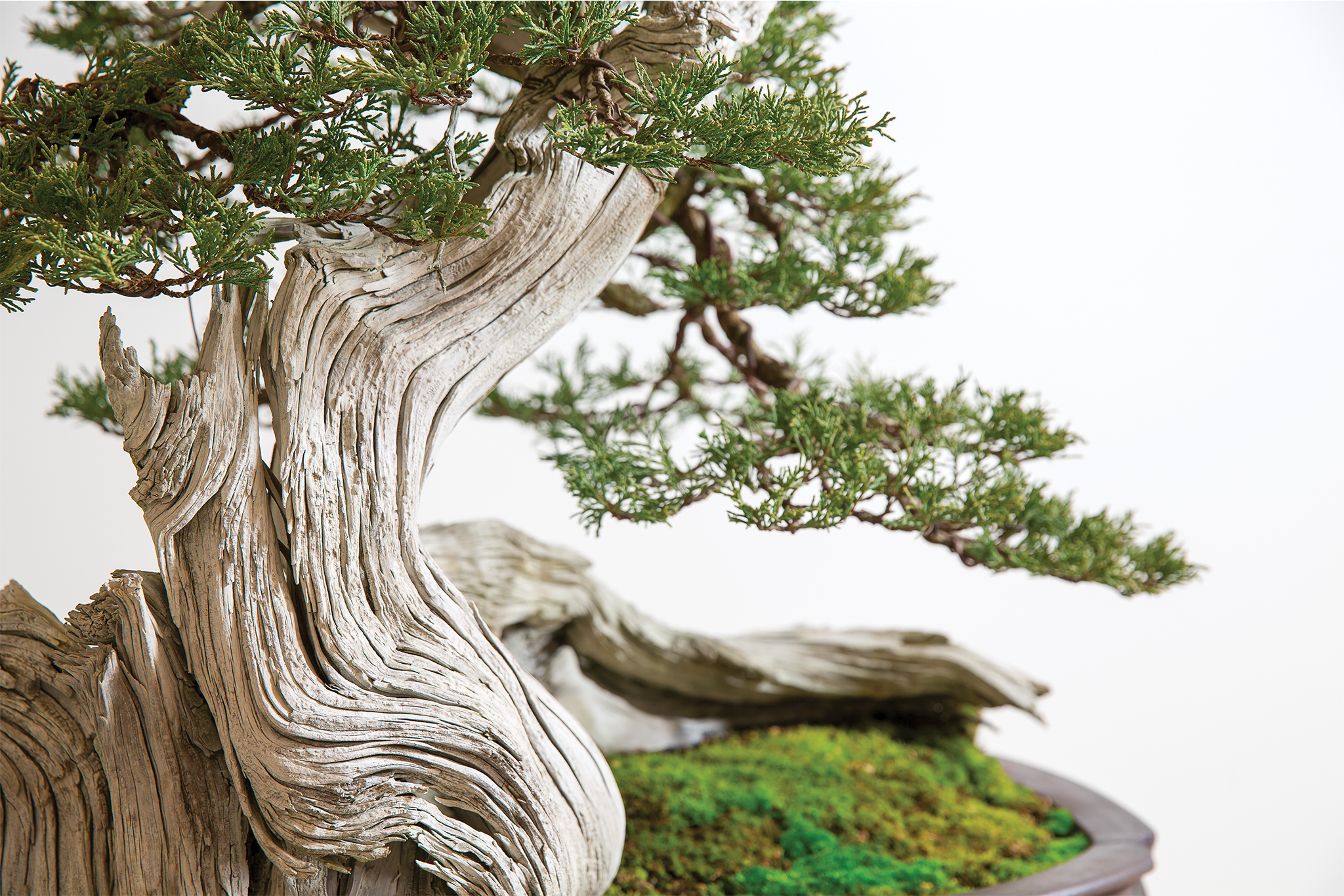 Bonsai to the Future

When we think of Oregon’s forests, dense groves of towering green Douglas firs and redwoods may come to mind, or perhaps black and white photographs of loggers working two-man saws across tree trunks among a cemetery of stumps. We do not imagine such stumps as pedestals in a Japanese Zen garden holding up miniature, twisting junipers as someone delicately snips them with pruning shears.

Yet this is the scene at Bonsai Mirai, a multifaceted company at the heart of Portland’s booming bonsai scene. The man wielding the pruning shears is Ryan Neil, who founded Mirai in 2010 following a six-year apprenticeship in Japan with bonsai master Masahiko Kimura.

Since 2010, Bonsai Mirai has grown, like the nearly 800 trees in its collection, and sprouted numerous branches.

“Mirai as a physical space centers around being a nursery, school, and exploratory studio,” explains former creative director Arthur Hitchcock. To promote its artists and assist with online classes, Mirai has a photo and video studio on its five-acre site located in St. Helens, 35 minutes outside of Portland.

Mirai’s dynamic workshop doubles as a showroom for works made by local ceramists, woodworkers, and bonsai sculptors. Behind the scenes, Neil maintains bonsai for people while they are traveling and perfects his own creations.

Today, Mirai’s cultural canopy extends out into Oregon, but it all started with a single tree. Fresh off his apprenticeship, Neil went to work on a thick-trunked Rocky Mountain juniper that he named Baker.

“Over the years, Portland and the greater Pacific Northwest has developed into one of the most active bonsai communities in the world,” Hitchcock says.

He attributes it to the ideal growing conditions of the region, and points out that the Portland Bonsai Society has more than 500 members (the largest such club in the country). According to Hitchcock, Portland even has the largest number of active bonsai professionals in a single area.

In 2015, Neil and Bonsai Mirai teamed up with the Portland Art Museum to present The Artisan’s Cup, which debuted American bonsai and showcased many of the region’s blossoming bonsai masters. In spite of its growth, Mirai, which means future, cannot help but be rooted in the past.

Caring for trees that are up to 1,000 years old, Neil might, on any given day, stroll through his miniature urban forest and pause to clip a tiny branch from a tree that has survived centuries of exploration by the likes of Vancouver and Lewis and Clark; the arrival of whalers, loggers, and gold rushers; and the growth of a modern metropolis.