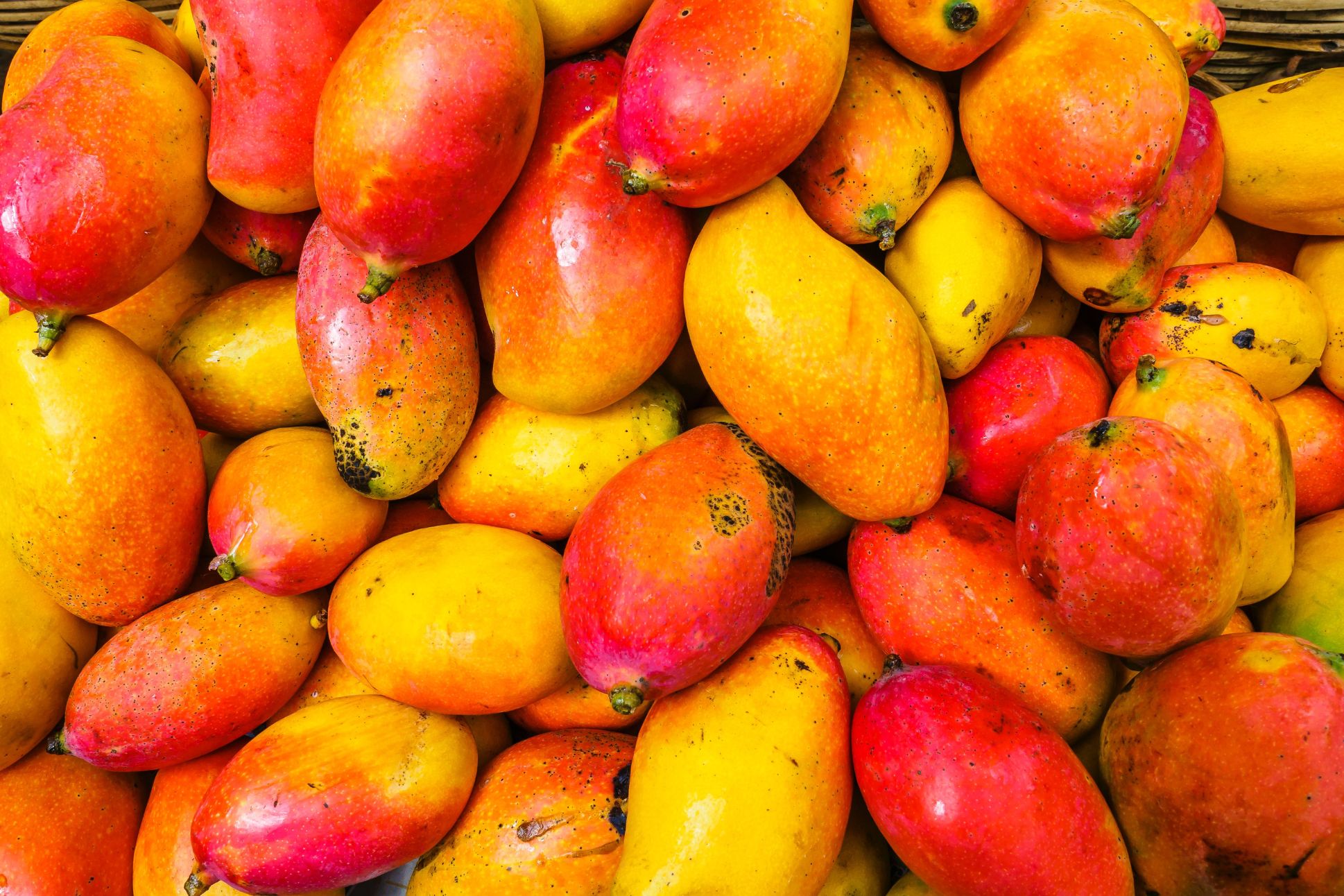 A Culinary Cornucopia in the Tropics

Mention cuisine to a Belizean and you’ll soon be talking about culture. “My family comes from the ethnic group called the Garifuna,” says Jeremy Enriquez, who grew up in the southern coastal town of Punta Gorda, “but as a child, in the 1960s, I had the best mix of foods from all ethnicities in Belize. Each dish would have a story, and I was part of preparing them—for example, grinding the corn in the hand mill to make tortillas in the hearth.”

For Enriquez, a nonprofit consultant who now lives farther north in Belmopan, his earliest food memories are linked to his paternal grandmother. Jane Enriquez spent nearly 40 years moving around the country with her husband, Andrés, a pioneering educator who worked in various rural communities. “Wherever they lived, she interacted with the women and learned to cook their traditional meals.” Her experiences provided her grandson with a remarkable view of Belize’s multicultural tapestry.

A former British colony and the only Central American nation where English is the official language, Belize is an ethnographer’s paradise. In a country not much bigger than New Jersey or Wales, the population includes direct descendants of the Maya, the area’s first known inhabitants; Mestizos, whose Mayan and Spanish ancestors migrated from Mexico; Creoles, the progeny of European slave-owners and the slaves they brought over from West and Central Africa to harvest mahogany; and the Garifuna, a free people of West and Central African, Arawak, and Carib origins.

While these are the largest groups, Belize is also home to smaller communities—of East Indians, who came as British indentured servants after slavery was abolished in the U.K.; immigrants from China, Taiwan, the Middle East, plus the nation’s Central American neighbors; and Mennonite farmers, who produce most of the country’s poultry and dairy foods.

This complex history shows up on the plate. “We’re kind of like the Caribbean meets Central America, and you see that as you travel around,” says Lyra Spang, Ph.D., a culinary anthropologist from the southern Toledo District who runs Taste Belize, which offers culinary tours and cooking classes. “You’ll be hearing reggae while you’re sitting on top of a Maya pyramid.”

For chef Jennie Staines, it’s her mother’s Maya-Mestizo heritage that is woven through the menu at Elvi’s Kitchen in San Pedro on Ambergris Caye, Belize’s largest island. Originally established as a burger joint by Staines’ mother, Elvi’s evolved into a Caribbean restaurant known for fresh local seafood and a weekly Mayan buffet. “What I’m really proud about is when they say you have sazón [flavor],” she says. “I feel that Belizeans inherited that … because of the different cultures that were mixed together.”

Corn, a Mayan staple, appears throughout Staines’ menu, in her esquites, tacos, and tortilla soup, and she also serves pibil, a classic of the Yucatec Maya—citrus-marinated pork that’s slow-cooked overnight. The meat is seasoned with red recado, a fragrant spice paste that includes annatto, cumin, oregano, and garlic. Recado is used in many Belizean dishes and also comes in white and black varieties. The latter, made with charred tortillas, imparts its intense flavor and color to chimole, a dark-hued chicken soup of Mestizo origin.

I think most people genuinely see our diversity as an asset, but they don’t realize how much there actually is, because they don’t get out of their own little group.

But Staines’ father was Creole, and her menu also features the most emblematic Creole dish of all: stewed chicken with rice and beans, served with potato salad and coleslaw. Locally referred to as “Sunday dinna,” it can be found at most restaurants and takeout windows, regardless of the chef’s background.

The dish is a favorite of Sarah Jane Forman, a Belizean Creole who grew up on a farm just outside of a Kekchi Maya village. “The chicken has an aromatic spice profile and typically contains red recado. It’s usually browned and then stewed.” An education lawyer who now lives in Washington D.C., Forman travels back often to visit her family, and usually returns to the U.S. with a fresh stash of the seasoning blend in her suitcase. “The recados you buy [in Belize] are so much better. It almost has the consistency of a molding clay, though you wouldn’t want to touch it as it will make your hands bright red.”

When it comes to the other half of the dish, there are two distinct but similar-sounding preparations. When you order “rice and beans” the two ingredients will be cooked together in coconut milk, but if you’re having “beans and rice,” they will be stewed separately. In either case, the final composed dish is not spicy, but most locals will boost it. Referring to the creator of the country’s famed hot-sauce brand, Forman says, “[Marie Sharp] basically took to scale a very traditional recipe of sliced habanero peppers and onions in vinegar that everyone has on their kitchen table—like in an old Nestlé instant-coffee jar—and added carrots, to sweeten it. Belizeans put hot sauce on everything.”

Enriquez’s culinary lodestar is different. “If I go to visit my mom right now, she will prepare hudut,” he says. “That reconnects me with my roots.” Probably the most widely known Garifuna dish, hudut is made from green plantains that are pounded with a mortar and pestle, boiled to a soft texture, and blended with ripe plantains to achieve the desired level of sweetness. Traditionally, hudut is paired with a coconut-milk fish soup, although the latter can also be served with ereba, a brittle cracker-like bread made from grated cassava that’s dipped in the savory broth.

When discussing their food, Belizeans describe seemingly endless takes on certain main ingredients. Enriquez tells me about bundiga, which is made with green bananas that are grated, seasoned, rolled into a kind of dumpling, boiled in coconut milk, and served with fish. Forman describes dukunu, green sweet corn that’s been grated and blended with coconut milk, poured into a corn husk like a tamale, and boiled. “A lot of recipes involve using a grater,” she says, “and there are tamales everywhere in Belize,” but they vary in their ingredients, textures, and wrapping materials, which include banana leaves and corn husks. “Creole tamales are often wrapped in tinfoil,” she adds. “It’s bizarre, but that’s how my aunties cooked them.”

While African and South American/Carib foodways are visible in the use of cassava, plantain, banana, coconut, coconut oil, and coconut milk, geography is another important element. Southern Belize receives three times as much rainfall as the north, which is why cacao production is concentrated there, where it is cultivated by the country’s largest Maya population. “They don’t have cacao up north because they can’t,” says Spang, and the food culture there is tied much more closely to the Mexican Yucatan. Not surprisingly, Belize’s islands and coastal towns are nirvana for seafood lovers, regardless of ethnic heritage, their restaurant menus loaded with conch, shrimp, and lobster dishes.

But there is yet another reason for the culinary differences. Until Belize finally attained independence in 1981, the colonizers maintained their control of the population through a “divide and conquer” strategy. The British created a pecking order, explains Spang, with the Creole at the top: “Especially after slavery was abolished, they wanted these people to not rebel” so that they would continue working in the timber industry. The Creole were told that they were better than the Garifuna and the Maya, and even that the others were cannibals and devil worshippers, encouraging the groups to remain separate.

As Spang sees it, that’s the reason Creole dishes bear the mantle of Belizean food, while the recipes of other ethnicities usually get tagged as Mayan, Garifuna, or Mestizo. Changing demographics, however, seem to be knocking down the silos. “There’s a lot of intermarriage [these days],” she says, “and multiculturalism in the household is affecting the cuisine, because home cooking is the backbone of its development.” In a country of just 400,000, even the smallest changes can ripple out quickly.

And that’s a good thing, because some of Belize’s traditional dishes are in danger of disappearing, which is why its most high-profile celebrity chef, Sean Kuylen, spends his time traveling around the country, interviewing people and documenting their recipes on his popular social media feeds. Says Stang, “I think most people genuinely see our diversity as an asset, but they don’t realize how much there actually is, because they don’t get out of their own little group.” Her mission is to ensure that Belize is recognized as a premier culinary destination. “We don’t have to limit ourselves to rice and beans.”

For Forman, what stands out most about her country’s cuisine is its emphasis on seasonality. “Mango season is in June, and people have buckets of them in the market,” she says. “You eat mangoes until you can’t eat mangoes anymore, and then you’re good until next year.” While she admits to romanticizing the slowness of Belizean life, especially relative to her current home in the U.S., there’s also a lovely truth in the sentiment. “You don’t need to have everything all the time. When you’re tied to the season, it just feels like you’re in sync with your surroundings and the environment. You’re looking up at the mango in the tree and wondering, ‘Is it time yet?’”